PROF. PAVLOVIC ELECTED AS MEMBER OF NATIONAL TEAM FOR THE REBIRTH OF SERBIA

Our professor Milivoje Pavlovic (FKM) has been selected as a member of the National Rural Revival Team of Serbia. The team is headed by Academician Dragan Skoric (SANU) and Minister Milan Krkobabic. Many distinguished public and scientific workers were selected to join the National Team, including academics Zivorad Cekovic and Caslav Oluic, President of Matica Srpska Dragan Stanic, poet Ljubivoje Rsumovic, Professors Danica Grujicic and Sima Avramovic and others.

At the first session of the National Team, held on June 13 at the Palace of Serbia, members were addressed by Serbian President Aleksandar Vucic, announcing measures by the state aimed at rebuilding and reviving the Serbian village. 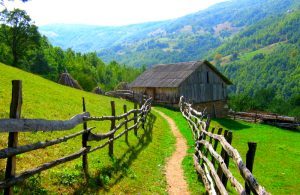