Challenging the diploma of basic studies of Interior Minister Nebojsa Stefanovic, Megatrend University has seen the collapse of the reputation of an educational institution that has educated 28,000 young people in 30 years.

This was stated today by the President of the Megatrend University Council Academician Ljubisa Rakic, and emphasized that it was unnecessary politicization, which harms the reputation of the University, higher education and the state.

– I asked to see the documentation on Stefanovic’s study. Everything was done in accordance with the law then in force, and the University public could not object to it. The organization of teaching and examinations, the quality of teachers and the rest met all the universal principles of university teaching – says Academician Rakic.

The Tanjug News Agency had an insight into Stefanovic’s student file, which shows that Stefanovic enrolled in Megatrend International Expert Consortium Limited in 1995 in the Business and Management department, as well as listening to lectures, taking exams and graduating. He took his college diploma in 2004.

The entire student file of Nebojsa Stefanovic, to whom the opposition disputes that he completed his basic studies but also listened to lectures and took exams, is in the archive of Megatrend. There are enrollment forms (ŠV 20), examination applications, examination lists, register of enrolled and graduated students…

– No one so far, not even those who dispute the completed basic studies to the Minister of Police, have asked for documentation. Tanjug’s crew is the first to address such a request, according to Megatrend.

At the time of Stefanovic’s study, Business and Management was the only study program, and the lecturers, according to Megatrend, were from universities from France, England and Germany, as well as distinguished professors from domestic state universities.

– The Megatrend International Expert Consortium operated until 2004, in parallel with the then established Megatrend University. He was licensed from the then competent Federal Ministry for Foreign Economic Relations, which at that time was the only one competent to issue such permits – the educational institution said.

Megatrend’s archive shows that 1,054 students graduated from the study program Business and Management, and that classes were held at the Sava Center, because Megatrend did not have his own building at the time, but was renting space.

The Megatrend archives also contain receipts for the paid lease of the Sava Center, where, apart from the rental price, it is stated that the hall is rented for teaching. 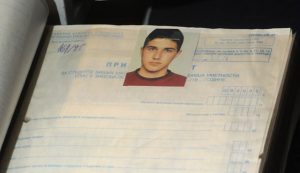